Is a new Ben & Jerry flavor I heartily endorse. 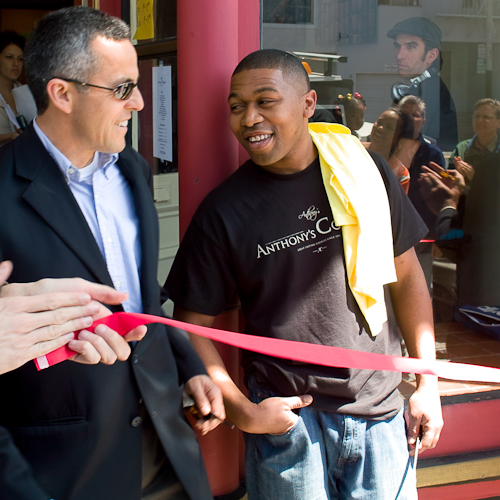 Another gourmet treats shop joined the burgeoning scene in the Mission. Anthony’s Cookies opened today to a line that stretched around the corner. 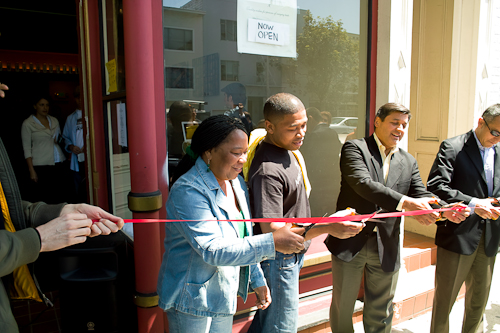 As one of the officials present said, it takes courage to start a business in this economic climate. Specially in as business-hostile a city as San Francisco, if I may add. 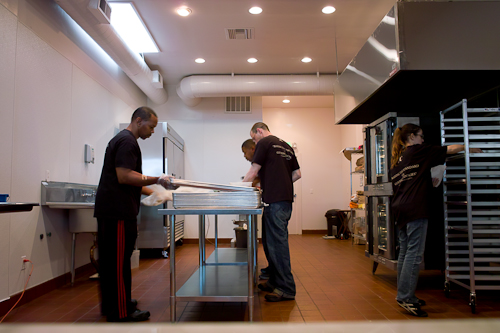 Inside the store was a buzzing hive of activity, with the eponymous proprietor busy preparing batches of free cookies for the awaiting hordes. At $5 for a half dozen, these cookies are a steal. I tried the double chocolate chip, it came fresh from the oven and had a strong chocolate aroma and the right texture. All in all, a great addition to a neighborhood that already has more than its share of good places to indulge a sweet tooth. I added him to my Google map of recommended bakeries, ice cream parlors and sweet shops in San Francisco.

This content is obsolete and kept only for historical purposes 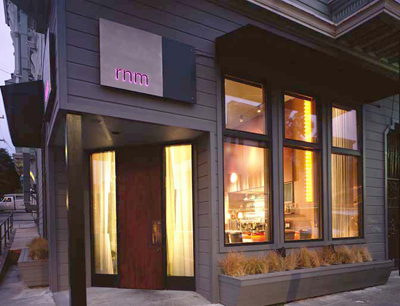 I have just eaten what is hands-down my best meal of the year at r n m restaurant (their capitalization, not mine), on Haight & Steiner in the Duboce Park/Lower Haight district of San Francisco (not to be confused with the formerly raffish and now utterly commercialized Haight-Ashbury).

The restaurant is named after the chef-owner Justine Miner’s father, Robert Miner, a co-founder of Oracle. The food was so good I am almost ready to forgive Oracle for their sleazy extortion tactics…

I started with the Parisian style tuna tartare with waffle chips, microgreens and a quail egg, a very classic dish (and one too often botched by careless chefs), given a little pep with a slight acidity. It was followed by an absolutely outstanding pan-roasted local halibut on ricotta gnocchi with asparagus and morel mushroom ragout, meyer lemon vinaigrette and mâche. The halibut was crisp outside, flaky inside. The ragoût was simply wonderful, a deep, rich and tangy broth, also slightly acidulated, with a generous helping of precious black morels. To top it off, the dessert, a Peach and cherry crisp with home-made blueberry gelato combined two of my favorite summer fruit in an unbeatable combination.

Be advised the parking situation in that neighborhood is particularly nightmarish, even by SF standards. If I had realized they offer valet parking, I wouldn’t have had to park halt a mile away (after seeking a place in vain for nearly half an hour).

Unfortunately, it closed at least a year ago.

A few months ago, a new chocolate shop opened in Hayes Valley. Christopher Elbow chocolates is based in Kansas City, not a place that immediately springs to mind when the Great American Chocolate Renaissance is discussed. I had bought some of their products from Cocoa Bella, however, and knew they were good, if pricey. 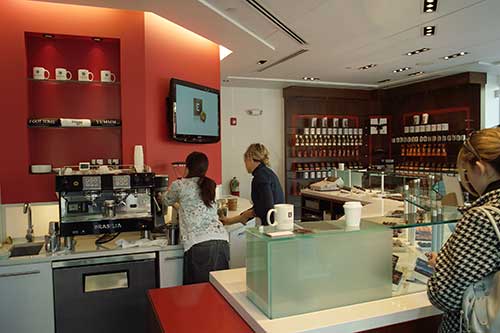 They sell moderately expensive chocolate bars (the No. 10 41% milk chocolate with hazelnuts is pretty good), drinking chocolate, and bouchéees. The latter are a little too bleeding edge for my taste (spices do not belong in chocolate), but the Bourbon Pecan is to die for, a light and moist, pecan marzipan, almost creamy despite the deliberately roughly chopped texture, and topped with ganache. Not surprisingly, it is usually sold out at the other outlets..

The real draw, as far as I am concerned, is the hot chocolate. Dark, rich, creamy and thick, specially if you ask them to blend it with genuine praline, it is absolutely delicious. You can enjoy it in the twee little salon in the corner of the store before a concert at the nearby Symphony, or shopping in Hayes valley. If you are in the neighborhood, try also Miette Confiserie.